The site Steem.cool created by @blueorgy defines itself as a precision live reputation viewer using the Steemit formula and more. On Steem Whales (SteemWhales.com) you can see a steemians ranking by reputation.

The reputation system is a piece of data that serves as an indication the "trust-worthiness" of any given member within the network, the system does this through a plugin running on the network that looks at a number of metrics.

Raw reputation on the blockchain is actually stored as a record of the total amount of rshares that have been received by any given account. What that essentially means is that it records the amount of times an account has been [upvoted] or [downvoted] on any of their posts or comments and how much Steem power each of those votes had behind them (or to be more explicit the percentage of voting power of the total Steem power of each account which voted.)

An excellent explanation of the actual code behind the reputation score:

An excellent explanation on calculating reputation level (which is the number displayed on steemit.com and on esteem as well as on busy.org) from raw reputation can be found here:

An interesting glimpse into early iterations of the reputation system can be found here:

Where to find reputation

You can also find your raw reputation on steemd.com by browsing to steemd.com/@yourusername 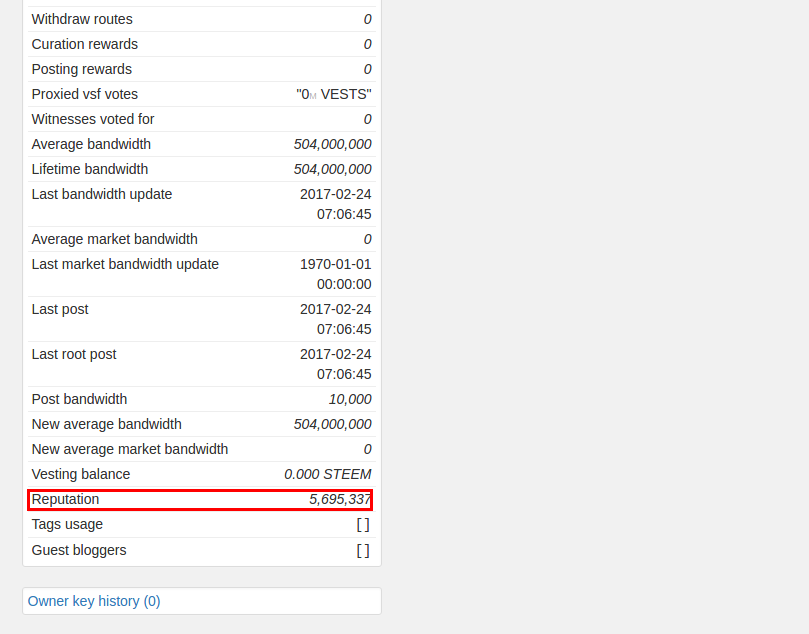 Calculations thanks to @inertia.