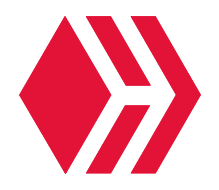 Hive Launch Logo
Hive is a social media blockchain that was created on March 20, 2020 with hardfork 23 of the STEEM blockchain.

Launched as the first blockchain-based social network, Steem was created to reward its users (who called themselves steemians), with an integrated set of cryptocurrencies known as STEEM Tokens (STEEM, Steem Dollar (SBD) and STEEM Power (SP) or (VESTS). In 2016, the first block was produced in March 24th and few months after, in July 4th, its first payouts were distributed. It grew in popularity in August 2016, gaining critical mass, having an article written on Coindesk (see In the news), and with many online celebrities such as Jackson Palmer (Dogecoin Creator), The Corbett Report, and the Dollar Vigilante using it. At that time the number of users increased by record-breaking 3,200%. and according to the estimations in July 13th, 2016, the Steem Tokens had reached the third place in market capitalisation after Bitcoin and Ethereum, jumping from $13 to over $250 million in only 10 days. It attracted a Cyber Attack attempt when fewer than 260 accounts were compromised and soon reimbursed, as Ned Scott, Steemit, Inc co-founder and CEO, said after the incident.

While Steem is a decentralised network, most users use the online interface known as Steemit, which offers a user experience similar to Reddit, with an integrated Steem wallet and account creation capabilities. Running in the same Steem blockchain, many apps, websites and services form the ever growing Steem Ecosystem. The Steem platform is built upon Graphene, the same technology that powers BitShares, another blockchain network created by Dan Larimer, Steemit, Inc co-founder and former CTO, who now is leading the EOS project. This technology has been demonstrated sustaining over 1,000 transactions per second on a distributed test network and can easily scale to 10,000 or more. Following this performance, Steem is capable of handling a larger userbase than Reddit.